You may have heard of Dale Carnegie.

He wrote the legendary book “How to win friends & influence people”

Turns out he was also a smart marketer. He not only wrote the book, he promoted it into being one of the top selling self-help books of all time.

And he liked to fish, so he often told this story…

I often went fishing up in Maine during the summer. Personally I am very fond of strawberries and cream, but I have found that for some strange reason, fish prefer worms. So when I went fishing, I didn’t think about what I wanted. I thought about what the fish wanted. I didn’t bait the hook with strawberries and cream. Rather, I dangled a worm or grasshopper in front of the fish and said: ‘Wouldn’t you like to have that?’

Why not use the same common sense when fishing for people?”

Yet it’s a typical mistake in marketing and selling to talk about what’s important to you.

In the Hypnosis business it shows up a lot like this…

Because hypnosis is important to a hypnotist, they try to sell the idea that it is effective.

But someone who wants to stop smoking and has never thought about hypnosis, the headline “Hypnosis Works!” is basically invisible.

And to someone who wants to go from a size 10 dress to a size 6, and has no clue what a gastric band is, the headline

Your potential client only cares about one thing.

“Can you solve my freaking problem???”

They don’t give a damn what technology you use. They only care about results!

You want to attract stop smoking clients? Your marketing needs to say something like this:

You want to attract people who want to shed weight? Say something like this:

Because like Dale Carnegie said… you wouldn’t use strawberries & cream to catch fish. 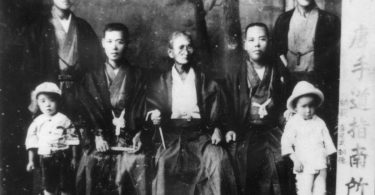 My goal is to help you build a 6-figure practice. Why 6-figures? Because the 6-figure mark is where...

I go to a lot of marketing events. Conferences, trade shows & mastermind groups. If you do this...